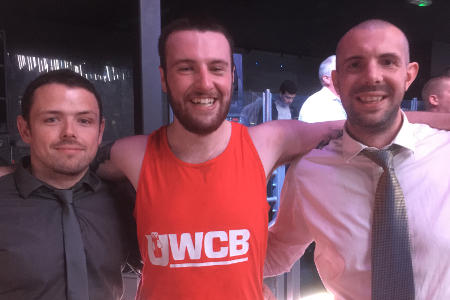 Ally regularly trains in Muay Thai, with Robin French, but had little experience in boxing and had never competed before in either discipline.

Ally always gives full effort to reaching his goals, and the preparation for this bout was no different; getting in additional sessions with both Robin French and Peter Squire, on top of the scheduled UWCB group sessions.

We’re happy to say that Ally won his bout by decision, after sticking to the game plan he had worked on in training, and made nearly £400 for Cancer Research UK in the process. Well done Ally!