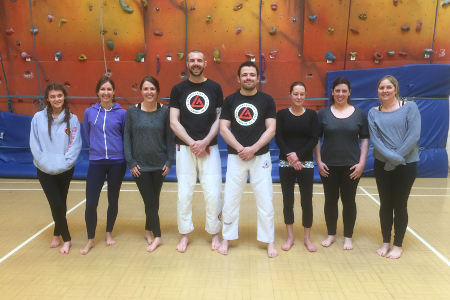 Team Pedro Sauer UK held their Women’s Self Defence Workshop, for the second time, at their South Woodham Ferrers venue.

Starting the session, instructors Peter Squire and Robin French gave a brief rundown of what is required for an attack to take place and the steps an attacker goes through.

Using the outlined steps, the attendees worked through a series of Gracie Jiu Jitsu techniques that they could use at each stage.

The workshop received some great feedback; with everyone feeling just that little bit confident to defend themselves.

Keep an eye out; the next session will be scheduled soon!